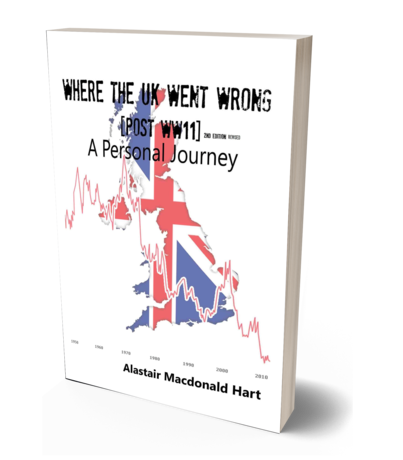 WHERE THE UK WENT WRONG [POST WW11]
A Personal Journey
Born at the beginning of 1952, the Author missed World War Ii by less than seven years, yet the effects were still being felt all around him. Rationing and bomb sites were the norm as he grew up in a once great country still reeling from the effects of the most devastating war in world history. He considers himself lucky to have been born in the UK. He also considers himself lucky to have lived through the golden years, enjoying a level of prosperity his children and children's children will only be able to dream of. In both Where the UK Went Wrong [1945-2015] and Where the UK Went Wrong [Post Ww11], second edition, the author compares the post-war commitment to social cohesion and universal prosperity with the late twentieth and early twenty-first centuries' weak, divisive, and ineffective political leadership (of all political parties) and the Darwinian 'survival of the fittest' society they have sought to create.
Amazon.co.uk
Amazon.com