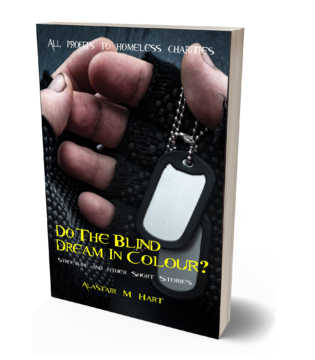 Do The Blind Dream In Colour
Alastair M.Hart
As the homelessness among ex-service personnel topped 100,000, groups began to splinter off into armed militia. These people had not only the will to cause mayhem but had been highly trained by the very armed forces who had subsequently abandoned them. The treatment on the streets of one of his ex platoon members caused Steve Raines to snap. But Raines did not snap in an obvious outward way, he snapped inside. All his Navy training came to the fore, he was planning a campaign, and he would execute it perfectly.
Amazon.co.uk
Amazon.com